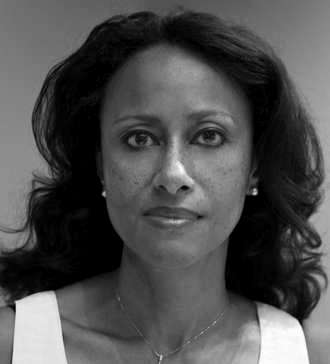 Dr. Sylviane Anna Diouf, a historian, is the award-winning author of books on the African Diaspora experience. Her new book, Dreams of Africa in Alabama: The Slave Ship Clotilda and the Story of the Last Africans Brought to America, published by Oxford University Press retraces the unknown story of the 110 young West Africans who boarded the last slave ship to the U.S. in 1860. The book received the 2007 Wesley-Logan Prize of the American Historical Association.

Dr. Diouf is the author of Servants of Allah: African Muslims Enslaved in the Americas , named Outstanding Academic Book in 1999, it also received Honorable Mention for the Outstanding Books Award from the Meyers Center for the Study of Human Rights. It is the first book to retrace the religious, social, and cultural history of the West African Muslim communities in the Americas during the era of the transatlantic slave trade.

She wrote on contemporary African Muslims in the United States for the book Muslims’ Place in the American Public Square: Hopes, Fears, and Aspirations; and on African Muslims in France for Muslim Minorities in the West. Dr. Diouf has contributed an essay on Islamic Reformists and the Transatlantic Slave Trade to a forthcoming book on Omar ibn Said a Senegalese Muslim enslaved in North Carolina; and is a contributor to the Encyclopedia of Islam and the Muslim World.

Diouf was a panelist on “Islam and America in a Global World”, an event organized by former President Bill Clinton and New York University. She appeared in This Far by Faith: African-American Spiritual Journeys a PBS documentary and in History Detectives. In February 2008, she also appeared in the PBS documentary Prince Among Slaves that retraced the life of Ibrahima abd-al Rahman, a Muslim from Guinea enslaved in Mississippi.

The organizer of the international conference Fighting Back: African Strategies Against the Slave Trade, she is the editor of the conference proceedings Fighting the Slave Trade: West African Strategies, the first book to focus exclusively on African resistance to the slave trade. She is the co-editor of In Motion: the African-American Migration Experience published by National Geographic.

Dr. Diouf has also written books for children, including an award-winning series on African kings and queens; Growing Up in Slavery, a book on children enslaved in the United States; and Bintou’s Braids, an award-winning fiction book for younger children that has been published in the United States, Brazil, and France. She has taught at Libreville University in Gabon and New York University. She is Curator of Digital Collections and Director of the Schomburg-Mellon Humanities Institute at the Schomburg Center for Research in Black Culture of The New York Public Library.