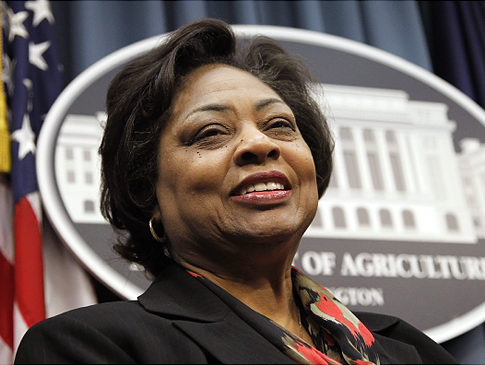 Shirley Sherrod is the former Georgia State Director of Rural Development, the first African American to hold this position with the United States Department of Agriculture. Sherrod has been active over five decades on behalf of poor and rural communities in the South, driven in part by the tragic murder of her father, which occurred when she was 17-years-old. Her father, Hosie Miller, a farmer and a deacon at a local Baptist church, was shot to death by a white farmer, reportedly over a dispute about livestock. All all-white jury dropped all charges against the shooter. This was a turning point in Shirley Sherrod’s life, leading her to stay in the South to work for civil rights and racial healing.

During her term as the State Director of Rural development, Sherrod was catapulted into a media storm. In an attempt to attack the Obama administration, the right-wing blogger Andrew Breitbart sought to make one of her public speeches an example of “reverse racism.” Right wing media ramped up the outrage, and before Sherrod had a chance to defend herself, the Obama administration demanded her resignation. However, upon review of the complete unedited video of her speech, the NAACP, White House officials, and Tom Vilsack, the United States Secretary of Agriculture, apologized for the firing and Sherrod was offered a new position, which she ultimately declined. Sherrod documented this story in her book, The Courage to Hope: How I Stood Up to the Politics of Fear.

While she was an undergraduate at Albany State studying Sociology, Sherrod worked for civil rights with the Student Nonviolent Coordinating Committee (SNCC). During the 1960s, Sherrod and her husband Charles Sherrod helped to form several land trusts (collective farms) in Southwest Georgia. She later served on the board of the Rural Development Leadership Network and was Board Chair of the Farmers Legal Action Group. She is currently a partner in the Sherrod Institute at Cypress Pond Plantation and a co-founder of the Sherrod Institute to advance racial healing, online ethics, and hope and opportunity for young people in agriculture. In 2011, the Kellogg Fellows Leadership Alliance named Shirley Sherrod as the recipient of the 2011 Ray Gatchalian Spirit of Leadership Award for her confrontation of local, state and national structures that affect poor farmers in South Georgia.