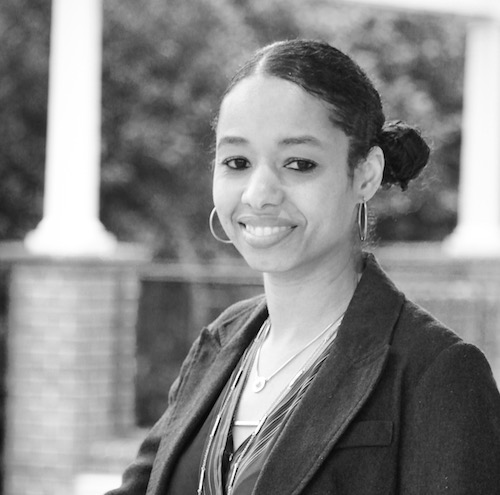 Dr. Larycia Hawkins is a nationally recognized scholar, speaker, and activist. In a December 10, 2015, Facebook post, she declared her intention to don a hijab in solidarity with Muslim sisters as an act of Christian Advent devotion. The post initiated a national and international conversation about the nature of God and the possibilities for multi-faith solidarity in a time where Islamaphobia, xenophobia, and racism are as, if not more, prolific as any time in history.

Dr. Hawkins’s publications and research engage the intersection of race/ethnicity, religion, and politics. Her writing, speaking, teaching, and scholarship are squarely animated by a conviction that political science should be relevant to the real world. Thus, the perennial questions that plague our polity are the questions that plague her: What does it look like to live out the stated constitutional commitment to justice? What does it mean to transcend theoretical solidarity with the oppressed and move to actual, embodied solidarity with the oppressed? What does conscientious citizenship look like?

Dr. Hawkins’s recent publications include “Prophetic and Priestly: The Politics of a Black Catholic Parish” (2015) and “Jesus and Justice: The Moral Framing of the Black Agenda” (2015).

In 2013 Hawkins became the first female African-American tenured professor at Wheaton College where she served as Associate Professor of Political Science.  Her scholarship focuses on the relationship between black theology and the rhetoric, policies, and agendas of African-American organizations and movements. She also founded and directed the Peace and Conflict Studies program at Wheaton College before leaving in early 2016.

In March of 2016, Hawkins was invited to join the Institute for Advanced Studies in Culture at the University of Virginia as the Abd el-Kader Visiting Faculty Fellow. She plans to spend her time at the Institute in research focused on the relationships between races and religions. She also will serve as a scholar on the Pluralism Project and on the Race, Faith, and Culture Project.