Recipient of the 2016 Compass Award 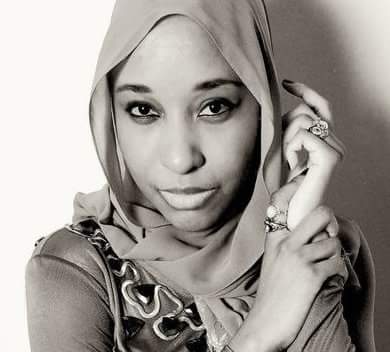 Nzinga Knight is an award-winning NY based fashion designer, fashion educator and entrepreneur whose line of high end, modest clothing offers a sense of mystery, elegance and innovation. She is also a Chef, and launched Brooklyn Brewed Sorrel, a premium adult non-alcoholic brewed and aged beverage in 2015.

Nzinga grew up in Brooklyn New York, in a family of seven vibrant Caribbean women where great modest fashion was paramount. As she came of age she struggled to create a synergy with both her cultural and cosmopolitan values and the modest principle she embraced. With a mission to elevate all women through elegant modest fashion Nzinga studied fashion design and fine arts at the prestigious Pratt Institute School of Design in New York City, where she received a BFA in Fashion Design in 2005 as well as a CFDA (Council of Fashion Designers of America) award for achievements in design, and launched her first capsule collection in 2009.

Prior to launching her first line she worked with designers Marc Jacobs, ThreeAsFour, Reva Mivasager and Jones NY. Noted as a visionary designer, Nzinga Knight’s achievements in fashion and business acumen have been recognized on several occasions.

In 2014 Nzinga became the First American Muslim “Hijabi” featured as a contestant on the Emmy Award winning design competition show Project Runway. Nzinga was selected as a member of Design Entrepreneurs NYC, is the recipient of a DCA Grant and NYFA (New York Foundation for the Arts) Award, is the first ever Elevate Culture award winner and grant recipient, Winner of the Power UP Business Plan competition sponsored by Citigroup, and was selected as a featured designer at New York Fashion week at Lincoln Center by HFR.

Nzinga’s greatest aspiration as a child was to one day become an adult, which to her meant someone capable of fulfilling all of their dreams. She believes that so long as we are living, faithful and willing to plan and make use and grow of all of our God given capabilities the gap between dreams and reality will close.