Recipient of the 2008 Compass Award 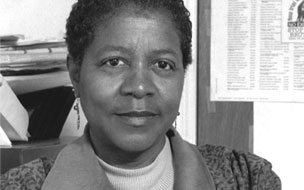 Nellie Hester Bailey is co-founder and current Director of the Harlem Tenants Council (HTC) founded in 1994. The tenant led grassroots organization based on the self-determination tradition of progressive activism for people of color. Its mission is to provide eviction intervention services for poor & working class families in Central Harlem to achieve concrete short & long term improvements in housing quality of life; to engage tenants in campaigns that will empower them to resolve problems based on their own interest and agenda; and to work with tenant leadership on direct actions for social change to alters power relations that allows tenants to become key players in decisions that affect their community.

Bailey is the recipient of numerous awards including the prestigious Alston Bannerman Fellowship in 2001, the Union Square Award for Grassroots Activists in 2001; and a 2005 Proclamation from the New York City Council for services rendered to indigent tenants throughout the city.

A committed internationalist Bailey served as an International Election Observer in South African’s first free elections in 1994; a delegate at the Fourth World Conference on Women in Beijing, China in 1995; and led a Harlem delegation to the 1996 UN Conference on Human Habitat II in Istanbul, Turkey.

Bailey hosts a weekly radio program “Inside Housing” on WHCR 90.3 FM Radio in Harlem. Media outlets that have reported on the work of Bailey and the Harlem Tenants Council include the New York Times, the Amsterdam News, The Final Call, the Guardian, BBC World News, NPR, WBAI, NBC, ABC and others. In 2007 NY1 profiled Bailey and the work of the Harlem Tenants Council for its Black History Month program.