Recipient of the 2006 Compass Award 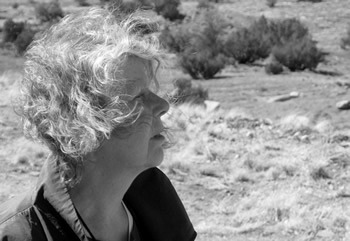 Kathleen Foster was born in Britain, and has been a New York-based photojournalist and documentary filmmaker since the 1970’s. She studied photography at the New School for Social Research with Lisette Model. Her photos have appeared in numerous national and local publications such as the New York Times, Fortune, and the Village Voice, and are represented in private and public collections of the Chase Manhattan Bank, The Museum of the City of New York, and York College.

Her work as a documentary filmmaker echoes her involvement in grass-roots struggles against racism and the fight for social and economic equality. Point of Attack, her most recent documentary, focuses on the post-9/11 racial profiling, large scale round-ups, detentions and mass deportations of Arab, Muslim and South Asian men. Point of Attack received an American Library Association, Notable Video, 2005 award. Her current project is Afghan Women, a timely documentary in which amazing and articulate women speak about the utter destitution in Afghanistan, the treatment of women and their struggle for equality.