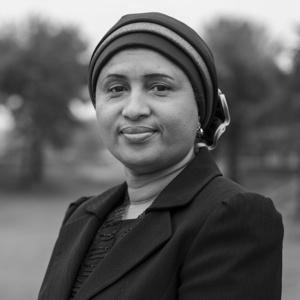 Kadiatou Diallo was born on August 3, 1959 in the town of Labe in Guinea. Her parents are Diarye Diallo and Amadou Bailo Diallo. She has four brothers and four sisters. She married Saiko Diallo in 1973. Amadou Diallo, the first of four children was born on September 2, 1975 in Liberia, whether the family lived until 1980. Her three children are Laouratou, Ibrahim and Abdoul. In 1980 the family returned to Guinea and then moved to Togo and thereafter to Bankok, Thailand. While in Thailand, Kadiatou separated from her husband. She had learned her husband’s business, which was gem trade and was able to support herself and her children. She thereafter moved her children back to Guinea and settled in Conakry, the capital. There, an Australian mining company retained her to represent its interests in opening a gold mine.

In September 1996 her eldest son, Amadou, left for the United States where he hoped to work and thereafter attend college. Kadiatou Diallo would never see her son alive. In February of 1999, in the vestibule of his New York City apartment building, her 23-year-old son Amadou Diallo, who was unarmed, was killed in a shower of 41 police bullets. Kadiatou Diallo remembers sitting in the Albany, N.Y., courtroom where four officers were acquitted in the shooting death of her son. She had to talk herself through it to keep from losing control. When asked if she thought the shooting could have been just a terrible, terrible mistake, Mrs. Diallo responded, “As a mother, I believe that life is precious. It is so precious that I find it difficult to understand that word ‘mistake.’”

Mrs. Diallo remains in New York to seek justice for her son. She has established the Amadou Diallo Foundation to help college students from Africa who want to attain a higher education in the United States. The Foundation will serve students of African descent both here and in Africa.

Kadiatou Diallo has been widely praised for the poise, grace, serenity, and dignity with which she has borne the loss of her son. Her faith, Kadiatou Diallo says, has been crucial in getting through the difficult times.