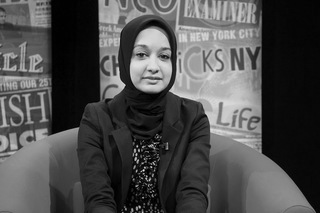 Faiza N. Ali is a community activist, organizer and independent consultant based in Brooklyn, NY. She is the former Community Affairs Director at the New York chapter of the Council on American Islamic Relations, America’s largest Muslim civil rights advocacy group. Ali has participated in several panel discussions about issues pertaining to American Muslims, social justice, and civic engagement and has been quoted in and appeared on local, national, and ethnic media outlets including NY1, WABC, and the NY Times. She is currently a steering committee member of the Coalition for Muslim School Holidays and helped found the Muslim American Civil Liberties Coalition (MACLC). Ali graduated from Pace University with a Bachelor of Arts in Political Science.