Recipient of the 2007 Compass Award 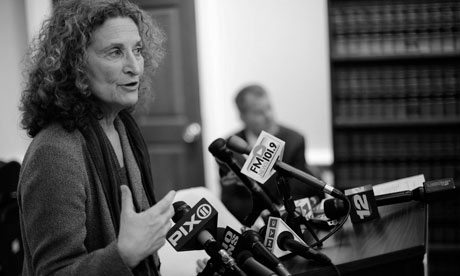 Donna Lieberman has been Executive Director of the New York Civil Liberties Union (NYCLU) since December 2001. She served as Interim Director for nearly one year and before that she was Associate Director from the beginning of her tenure at the NYCLU in 1988. Concurrent with being Associate Director, in 1990 she founded and led the NYCLU Reproductive Rights Project. Under Lieberman’s leadership, the NYCLU has experienced resurgence in its role as New York State’s leading voice for freedom, justice and equality, advocating for those whose rights and liberties have been denied.

Lieberman began her public interest legal career as a criminal defense lawyer in the South Bronx office of the Legal Aid Society, and later acted as Executive Director of the Association of Legal Aid Attorneys, UAW. She served on the faculty of the Urban Legal Studies Program at City College for nearly a decade.