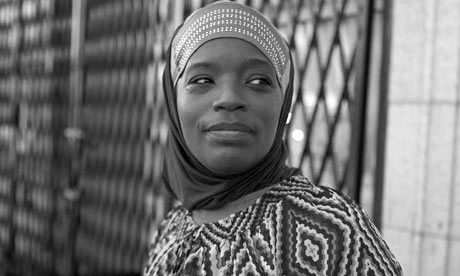 Mother and wife, Ameena Matthews has dedicated her life and career as a Community Activist for Peace Building and Social Change. In 2006, Ameena Matthews joined Ceasefire, an award winning scientific public health model that has been proven to reduce shootings and killings. In this capacity, for the past six years, she has used her experience and knowledge in her neighborhoods, to seek out and build relationships with troubled youths who are susceptible to the social norms of violence that still exist on the streets. A Senior Violence Interrupter is a highly Specialized Violence Intervention Expert who works to mediate conflict on the front end to stop the transmission of violence from one person to another. Her reputation and connection to the community provides her access to intercept the whispers that may lead to a homicide. As testament to her success with this program, her personal influence in the West Inglewood Beat 35 community where she works has allowed her to mediate over 65 conflicts, organized over 49 shooting responses, worked with over 75 high-risk participants and organized over 10 peace summits in 2011.
In 2009, Ameena became the subject of a National and International award winning documentary ‘The Interrupters’ produced by Steve James, co-produced Alex Kotlowitz, & Zak Piper. It has been accepted in many film festivals and won awards such as Sundance Film Festival at Park City Utah where Matthews had the honor of sharing the experience with her family. The documentary features her as a riveting Community Activist and Behavior Practitioner, while showing her loving and nurturing attributes. In 2011, New York Times magazines awarded her with the top five performances in 2011 although ‘The Interrupters’ was a documentary. Ameena Matthews has appeared on the local affiliates of every major television network, as well as CNN, BBC, Frontline, and HLN. She also has been interviewed by various National Public Radio narratives and has been covered in USA Today, Chicago Tribune, Chicago SunTimes, The Chicago Redeye, Jet Magazine, New York Times and numerous others. In 2011, Ameena Matthews received that TedX Midwest Heroes Award presented by Illinois’ Governor Quinn, and was honored as the 2011 Chicagoan of the Year as well as an innumerable amount of other awards and recognitions. In the beginning of 2012 Ameena Matthews was a guest on the Colbert Report.

Growing up in one of the toughest neighborhoods in Chicago raised by her single grandmother, Ameena Matthews observed the dereliction cause by the violent epidemic inflicted on the community. From that early exposure she committed herself to ending the mindset that violence is a normal behavior in Chicago. Prior to her journey with Ceasefire, Ameena has always promoted peace building through block and community center gatherings, youth expression through the art of music, dance, and spoken word in the Southshore and Inglewood neighborhood where she was raised. Additionally, she has help organized peace summits to bring youth from the surrounding neighborhoods together to bring forth resolution to conflict.

Ameena is constantly in the neighborhood working to strengthen the communities so that they have the capacity to exercise formal social control and respond in non-violent ways towards issues that affect them. Ameena praises her God Allah (SWT) for her Emotional, Spiritual, and Physical Health, to continue her path of purpose, peace building, faith building, and community mobilization. Ameena credits her supportive & loving family as well as her early life experience’s for inspiring her desire to Educate and affect Behavior Modification not only in Chicago but nationally and internationally.