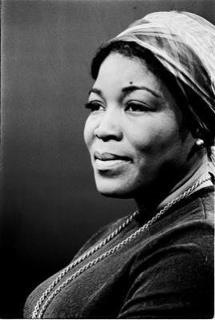 Dr. Shabazz was the widow of El-Hajj Malik El-Shabazz (Malcolm X). Born May 28, 1934, in Detroit Michigan, Betty Sanders was the only child of adoptive parents. She completed elementary school and high school in Detroit, and went on to nursing school at Tuskegee Institute in Alabama. She was attending a Tuskegee-affiliated nursing school in New York City when she was invited to hear for the first time the brilliant young Malcolm X speak in Harlem. They were married two years later. When she was 22, their first daughter, Attallah, was born. Daughters Qubilah, Ilyasah and Gamilah followed. She was pregnant with twins, Malaak and Malikah, when Malcolm X was martyred on February 21, 1965. She began a new life as a young widow and struggling single parent, determined to carry on her husband’s work and raise their daughters.

Less known about Dr. Shabazz is her personal quest for spiritual fulfillment. In a postcard she sent to Alex Haley, co-writer of The Autobiography of Malcolm X while on Hajj, she writes, “…I am indeed happy to be making the Hajj…my new name is Bahiyah.”

For Dr. Shabazz, education was always seen as a vehicle for personal change and transformation. Having earned an R.N. degree from Brooklyn State Hospital, she continued her education and received a B.A. and an M.A. in Public Health, Education and Administration from Jersey City State College and a Ph.D. in Education from the University of Massachusetts. She was awarded the Degree of Doctor of Law on May 7, 1995 from Lincoln University. Dr. Shabazz joined the faculty of Medgar Evers College in January of 1976 and served as Associate Professor in the Division of Health Services until September 1980, after which she was appointed Director of Institutional Advancement. In March 1984, she assumed the position of Director of Communications and Public Relations.

Dr. Betty Shabazz received many awards during her life, but her most prized honor was the keeper of her beloved husband’s legacy, El-Hajj Malik El Shabazz (Malcolm X).